Recording An Album: How To Decide Which Songs To Choose 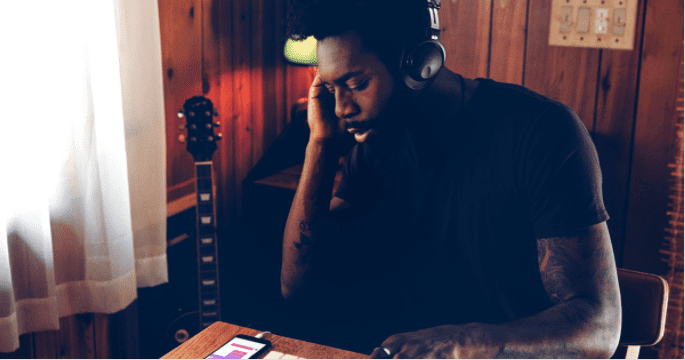 Recording an album or EP is an expensive undertaking. To add to whatever pressure that creates in you, the songs you decide to include can make or break the success of the project. It’s a very important decision that can’t only be based on emotions, attachments, and preferences—some facts and data must be taken into account.

I like to call this using “data over drama.” And I’m going to show you how to apply the data over drama principle when choosing your songs.

We’re going to create a rating system based on 10 data points. The data you’ll be collecting is based on some subjective factors of course, but each of the criteria serves a distinct purpose, and therefore provides solid evidence for why some songs should be included and why others are not a good fit.

Recording an album or EP? Define your project

The first thing to determine is the length or breadth of the project; whether it’ll result in a full-length album or a more compact EP.

There are pros and cons for each format—and may come down to marketing opportunities—but whichever you choose, be sure to come into the song selection process with more songs than you need. This will ensure that you have enough material to make sound decisions based on data. Especially in the current streaming climate, no song should be considered “filler” or an “album cut.” Every song must stand on its own.

Next, determine your theme. At this point, it’s not necessary to have all the branding planned out per se; you just need a loose idea of your theme so you can judge each song based on whether it fits with the theme or not.

A theme can be formed around an idea, a mood, or a title. It’s okay if it’s very general at this stage. I’m not suggesting that every song must fit the theme exactly, but it’s one criteria we’ll be working with. A song definitely should not clash with the theme.

Another important consideration when looking at the project as a whole is if it creates a variation of moods, tempos, and textures. Make sure your song list includes uptempo songs and ballads, full band and stripped down arrangements, and even multiple genres if you’re capable. A good balance of “sameness” and “difference” is essential so your listeners don’t get bored.

So now that you have some suggestions for building out your list of song candidates, let’s get more specific on how to score them and collect the data.

How to evaluate your songs when recording an album

Here are the criteria I recommend you use to evaluate your songs and compare them to each other.

When recording and album, try to build your song list around some kind of theme, but don’t feel totally bogged down by it. The key factor is that no song clashes with the theme. One benefit to recording an EP is that because it’s a smaller project, it’s easier to make each song align with a theme.

If you’re putting out a record, you should have already established your artist branding. If not, you need to do this before moving on. Your brand is a visual representation of your core values, your musical style and your personality, your story, and your message.

So how do the songs on your list further your artist brand? Do they align with a core value or message you want to promote? Do you think a song will be a hit in a genre for which you want to be known? Does the song express your personality or a life story that you’d love to tell when you perform it? Does it provide great story material for your marketing?

These criteria are a bit subjective, so try to separate your evaluation from your love for the song and focus only on whether it fits with your artist brand. For example, if some songs are co-written, there might be a disconnect with your brand. That doesn’t make them bad songs, but it does mean that some songs you’ve written might not be the best fit for this project.

Is the song fully developed? This is important. You don’t want to waste studio time (and money) working on improving a song, but then again, sometimes magic happens in the studio. Make sure you’re completely happy with the plan for each song before adding it to the list.

Some things to consider here are whether you’ve gotten feedback on the melody and lyrics (more on this later), or if you’ll need to further work on the arrangements. Again, this is not a deal-breaker—because your producer will surely have ideas to help with arranging—but if you’ve got songs you’ve already started performing and workshopping that are further along, they might factor a bit higher than those that need improvements.

When recording an album, some of the songs you choose must hae a hook. How strong do you believe the hook is? It could be a really memorable chorus melody, a catchy instrumental lick, or a cool lyrical idea that repeats in a refrain.

Try to be objective about this. Not every song needs to sound like Bieber or Grande—it’s okay if some songs don’t rate high in this area. That doesn’t mean the song isn’t valuable and won’t make the cut. It’s just one thing to consider.

How uncommon or distinct is this song? Whether or not a song is unique is pretty subjective, so don’t worry about basing it on facts. It’s more of an impression or feeling based on the factors that you tend to consider your core musical principles.

But this can also be taken more generally, for example: musically, does it use uncommon harmony or varying rhythm patterns? Lyrically, does it broach a subject in a new way or tell a story that people haven’t heard before?

6. Affordability of each song when recording an album

Financial concerns must be considered when choosing the songs for recording and album. How expensive will it be to record any song in particular? Most are likely to cost about the same, but if some tracks require hired players, guest vocalists, or extra studio time, that’s a consideration that might need to be made based on your budget.

Extra costs aren’t always negative though; if you can raise the budget to include guests, they’re likely to contribute to building your audience upon release.

This definitely deserves its own category. After all, your project is your baby and you need to feel excited about it and connected to it. If you have personal favorites or songs you feel must be included, rate them high in this category. That’s what it’s here for!

When recording an album, you may have a producers to give you some outside perspective. A producer will always be able to provide a unique perspective. Your producer has worked with tons of artists, has heard hundreds of projects, and has the experience to make judgement calls about whether songs will function commercially.

It’s important to take your producer’s opinions into consideration. You are paying her to help you create a successful project—this is one way you can tap into that value. But of course, your producer’s opinion should not outway your own opinion. If you totally acquiesce to the preferences of your producer, you probably won’t be happy with the final product.

Have you gotten any feedback from your fans on the songs? Are there certain songs that people request when you perform? Are there songs that move people to tears or get them clapping, singing along, or dancing?

Have you sent out demo versions of any of the songs to your community for feedback? If certain songs received a great response, be sure to take this into consideration. You can also gather new data by doing a few live streams to your fans and testing songs. After performing a few, ask which ones they loved the best.

Have you submitted any of the songs for critiques or contests? The feedback from these “cold audiences,” people who have no preconceived opinions about you and your music, can be invaluable. Remember that your final product will be heard by many people who aren’t yet fans of your music. If you can get an anonymous audience excited about your music, that could lead to great playlist placements and PR opportunities.

Now for the fun part. Each song should be rated between 1 and 10 in each category, for a total of up to 100 points. Go ahead and put every song you’re considering through the points system and see what happens!

Try to be as impartial as you can on the subjective categories—there’s no need to “rig the system.” No matter what the outcome is, you the artist have the final say (unless you have other managerial stakeholders).

Take the ratings and compare each song side-by-side; some will be clear winners and others losers. Some will occupy a dense, grey area in the middle where a few songs are too close to call. This is a great opportunity to get some outside counsel from friends, bandmates, producers, and potentially even fans, to help break the tie.

Remember, when recording an album, using a rating system will ensure that you’re making decisions based on data instead of drama. Now go forth and create the best darn recording you can!